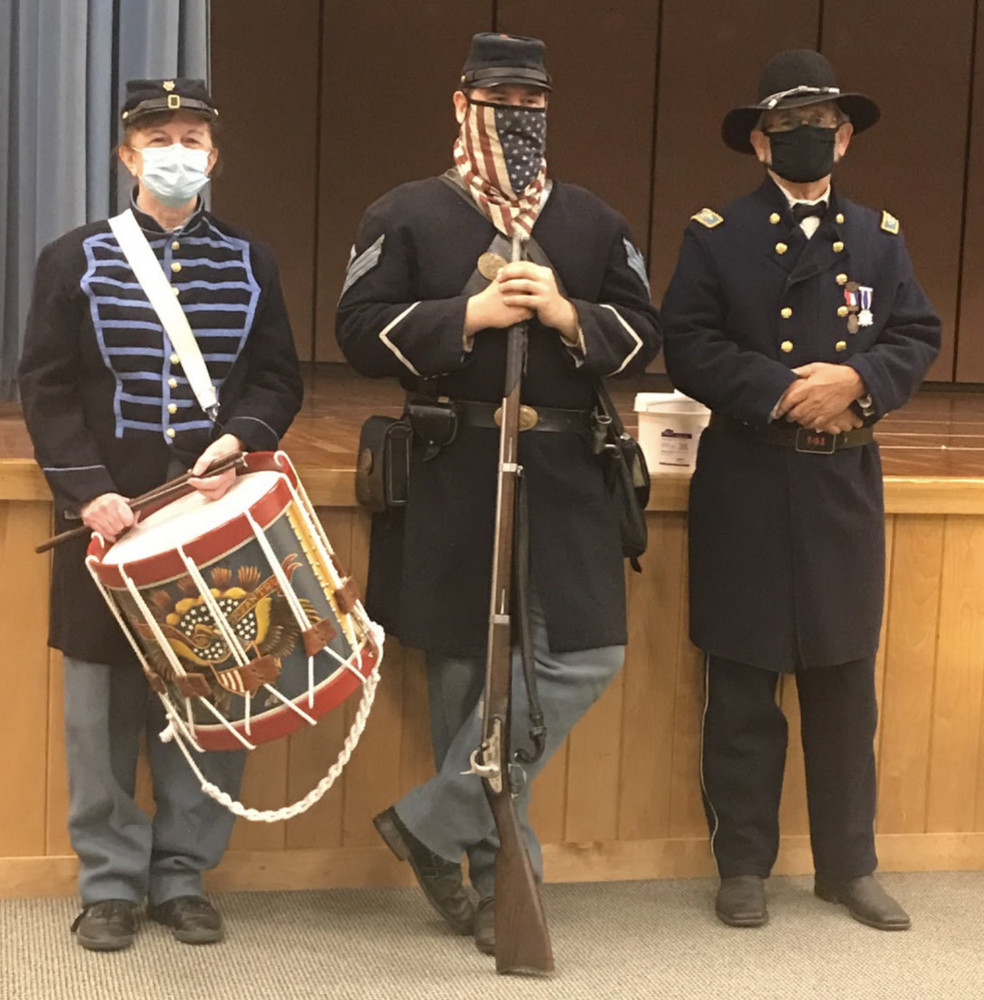 5th grade recently had a CIVIL WAR DAY. Even though the day had to be moved indoors due to weather, a good time was had by all. Here are the highlights:

The soldiers in the Civil War survived on hardtack and beer. Soldiers could only eat 1lb 4oz of beef, some bacon, hardtack, and whatever else they could find. They put the hardtack in milk, coffee, tea, and soup. Hardtack is so hard that it sometimes broke their teeth. Hardtack is baked in the heat for four hours. There was a time when salt was very scarce during the Civil War,  but salt was very important to preserve their foods. 5th graders got a sample of hardtack to try.

Soldiers used their instruments to signal war calls and orders. The different colored uniforms mean different things like blue is infantry, gold is cavalry and red is artillery. The drums they used were held together by a single rope. The drummers have something like a sash to attach the drum to.

The soldiers had a gun called a musket. They had to rip the paper that was around the bullet to load the gun. They then had to use a rod to push the ammunition in.

There are many ways to hold the gun, either for marching or for firing. There is only one single bullet that you could fire before you had to reload at a time. The soldiers had to listen very well to their generals Some commands included, company...shoulder...rest.

Some students were given a chance to try out the drum. The drummer used different sounds and rhythms to determine the situation. Fighting, food time, rest.  Seeing the drum was pretty cool!

The article was written by the following students in Mrs. Funk’s homeroom: